The United States has reportedly increased funding to three VPN companies to help them cope with an increase in Russian users trying to avoid censorship of information about Ukraine. The recipients of these aid funds are nthLink, Psiphon and Lantern, who received $4.8 million in funding from the White House between 2015 and 2021, according to public documents. These three VPN companies are backed by the US government and the Open Technology Foundation (OTF). , an American non-profit organization.

As the Kremlin continues its “special forces operation” in Ukraine, some information about the conflict continues to be censored in Russia. Since the conflict began on February 24, Russian authorities have reportedly restricted more than 1,000 Internet sites, including Facebook, BBC News, Voice of America and Radio Liberty. This situation has led to a surge in the number of Russian VPN users seeking to avoid censorship and gain access to Western media. In early May, a status report showed that daily downloads of the most popular VPNs jumped from less than 15,000 to nearly 475,000 in March.

So the United States has taken advantage of the situation to increase funding for some VPN companies so they can keep up with the influx of new users. Funding efforts are focused on three companies that build virtual private networks (VPNs) — nthLink, Psiphon and Lantern — and are designed to support the recent surge in their Russian users, according to people close to the White House. These sources confirmed that the number of anti-censorship apps in Russia has grown significantly since President Vladimir Putin decided to invade Ukraine in late February. 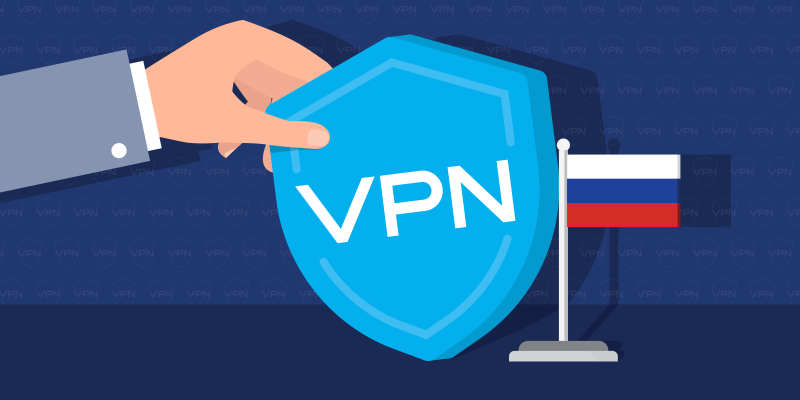 Martin Zhu, CTO of nthLink, said the number of daily users of his app in Russia has skyrocketed recently after it was heavily promoted by US government-funded news sites such as Voice of America. the next day, 30,000 the next day, 50,000 and beyond. There are many people in Russia who do not trust Putin and the state media. Zhu added that it is usually difficult for his company to operate in Russia without financial support from the US government.

Mike Hull, CEO of Toronto-based Psiphon, said recent funding from the US government was “crucial.” According to him, more than 1.3 million Russians a day use the Psiphon network. In Lantern, an (anonymous) company executive said he had 1.5 million monthly users in Russia since the start of the conflict, up from a previous base of about five million users worldwide per month. from the mouth of the popular Russian messaging app Telegram.

Publicly available funding documents have shown that between 2015 and 2021, these three VPN companies received at least $4.8 million in funding. However, whistleblowers say overall funding for companies has almost doubled since February to meet increased demand in Russia. Funding is provided through the US Agency for Global Media (USAGM), as well as the Washington-based Open Technology Foundation (OTF), a non-profit organization entirely funded by the US government and controlled by USAGM.

USAGM is the federal agency that oversees US government-backed broadcasters, including Voice of America and Radio Free Europe/Radio Liberty. OTF president Laura Cunningham said the organization has increased its support for the three VPNs because “the Russian government is trying to censor what its citizens can see and say online to hide the truth and silence dissidents.” Circumvention tools, including OTF-backed VPNs, averaged more than 4 million users in Russia last month, Cunningham said.

The USAGM statement also says that it supports the development of a range of censorship circumvention tools, including VPNs. She also did not provide exact data on their funding. With the intensification of the Kremlin’s repression of free media, we are seeing an extraordinary increase in demand for these tools among Russians,” said USAGM spokeswoman Lori Moy. However, Russia denies allegations of censorship. The Kremlin said: We do not censor the Internet. Russia regulates certain web resources, like many other countries in the world.

Long before Moscow launched what it calls a “special military operation” in Ukraine, the Russian authorities pressured some local media outlets they considered hostile and supported from abroad by labeling certain media outlets and journalists as “foreign agents.” The escalation of this pressure led the Russian parliament to pass a law in March 2022 that allows for up to 15 years in prison for journalists who deliberately spread “false” information about Russian weapons. These new restrictions have greatly increased VPN usage in the country.

World Bank data for 2020 shows that the population of Russia is about 144 million, of which about 85% have Internet access. And, according to Simon Migliano, head of research at Top10VPN, while interest in VPNs has cooled off somewhat recently, daily usage is still up 452% on average compared to the week before the war. “According to our conservative estimates, at least 6 million VPNs were installed after the invasion,” Migliano said.

Russia has already banned several VPN networks in the country. Back in 2017, President Putin signed a law banning the use of VPNs, and in 2019 Russia threatened to completely block access to a number of popular VPNs. At the time, the authorities said that this was done primarily to prevent data leakage and improve the security of all networks. Despite this, VPN applications continued to be secretly used in Russia. In the current situation, US funding may push Moscow to new crackdowns on VPNs.

What is your opinion on this issue?

What do you think of the US initiative to allow Russians to avoid censorship?

Do you think the actions of the US government could lead to the Kremlin launching another crackdown on VPNs?

VPN demand in Russia has grown 2692% more than usual as the Russian government blocked Instagram and Facebook in the country.

Millions of Russians are punching holes in the digital iron curtain as daily downloads of the most popular VPNs jumped from less than 15,000 to 475,000 in March

Russia is entering a phase of active preparations for disconnecting from the global Internet and securing its sovereign Runet Internet according to the Chinese model, the Belarusian media Nexta reports.